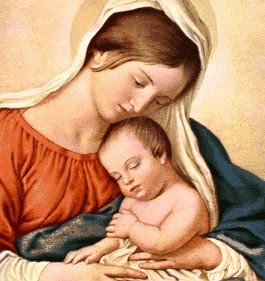 There are three major personalities in the season of Advent: Isaiah, John the Baptist and Mary. It is very helpful to meditate on the significance of these three personalities and to find their significance in the event of Christmas.

Isaiah is the great prophet of Advent. Most of the liturgical readings are taken from him. For the most part, they are proclamations of Israel’s infidelities to God and God’s plan of salvation. Despite Isaiah’s cries of woes, the liturgical texts of Advent are really beautiful in the sense of being invitations to keep our faith anchored in God’s promise of redemption. Advent is a season of supernatural hope. It reminds us that despite our infidelities, or precisely because of our weakness, God is ready to take us back if only we repent.

This subject of repentance brings us to the person of John the Baptist. John was an ascetic, the “voice in the wilderness.”  Isaiah proclaimed John as the one to prepare the way of the Lord. Advent does not have the penitential rigors of Lent though the priest uses purple vestments during Mass, but an inward conversion of heart. God’s coming is to take the form, not as judge, but as an infant. That in itself is a joyful event. There is a jubilant expectation, love is in the air. John calls us to repent and to turn away from everything that lies in the way of God’s coming to us. It is a call to a deeper awareness of who it is “leaving heaven” to be with the sons of men. After having grasped this we are moved to love. Advent requires that we make room for the Spirit of God. We need to do away with things that are not compatible with Him. Having offered the little we have, God purifies them so that we may be presented to Him as a “chaste bride to her bridegroom.”

Mary is the central figure in Advent because she is the Mother of God made Man. It is fitting to celebrate the Solemnity of the Immaculate Conception during Advent because it makes sense to honor the Ark that contained the New Covenant. She had to be immaculately conceived to bear the Sinless One.  Mary’s greatness does not only depend on her privilege of physical motherhood but more so because she exemplifies the faith of a true disciple. I think it was St. Bernard who said that Mary gave birth only to what she had already conceived in her heart and mind. This was manifested in her complete submission, her living faith, her readiness to give herself to the fulfillment of what the great prophets had foretold. She exemplifies the true spirit of Advent, the vigilant waiting we  must try to practice.  You and I will make it our aim to make this Advent and Christmas Season different.  Let us ponder how..

Email ThisBlogThis!Share to TwitterShare to FacebookShare to Pinterest
Tags Advent